First to Pay after a severe tropical cyclone

REGISTER NOW TO CREATE A QUOTE

If your Insured Situation falls within the recorded path of Very Destructive Wind Zone published by BoM, or the surrounding 5km Buffer Zone, we will pay one, but not both of the following:

What are Very Destructive Winds?

Winds caused by a Tropical Cyclone which are recorded and published by the BoM as having reached maximum mean surface winds of no less than 118 km/h near the centre of the cyclone and maximum wind gusts over land of no less than 165 km/h.

What is a Very Destructive Wind Zone? 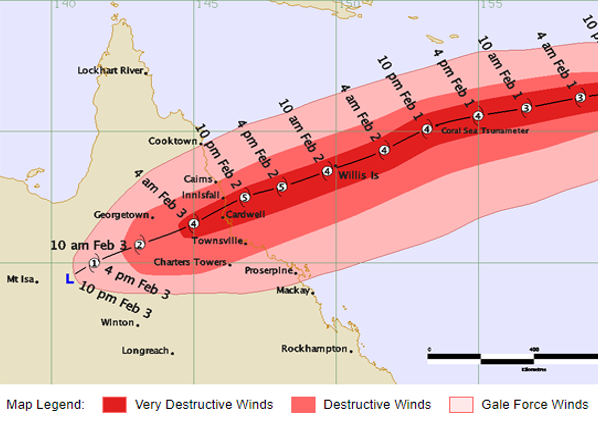 What are Buffer Zone Winds?